I was hoping to learn more from the random square data of the Tafila-Busayra survey than I actually have. The material culture provides little more than a verification of the general trends in the number of sites by period. The geographic distribution of the random squares across the three “zones” (gorges, plateau, and desert) that MacDonald distinguishes, however, might add a qualitative nuance to the purely quantitative analysis of the major sites I’ve been working on. This, however, is a bit deceptive considering how many of the random squares are located on the plateau in the first place. Looking at the percent of the random squares within a zone that contain material culture for each period allows for a slightly less skewed comparison, but it’s still a distortion:

Byzantine material culture occupies the largest percentage of squares within all three of the regions. Perhaps more interesting is the way the distribution shifts in the Early-Medieval through Early Modern periods. Both the very percentage of Early Medieval presence in the random squares on the plateau and the fact this is the only period for which the random squares with material culture on the plateau don’t significantly outnumber those in the other zones would suggest that something strange is going on. My first impulse is to attribute this to the difficulty of distinguishing Byzantine and Early Medieval potsherds, which MacDonald implicitly acknowledges in his periodization. The exclusive presence of Late Medieval material culture on the plateau, on the other hand, makes more sense.

I’ve been reluctant to map the random square data, but I think maps would allow a comparison of the presence of material culture within random squares across periods. This chart prompts two related questions:

On May 10, Sotheby’s is auctioning material from the Dar al-Kiswah. Between 1818 and 1961, the Cairo workshop was responsible for making the black cloth (kiswah) that adorns the Ka’bah. In 1961 production moved to Saudi Arabia, and now Sotheby’s is selling embroidery templates and archival documents from the workshop in their Travel, Atlases, Maps and Natural History sale. It also contains material related to the Mahmal, the empty camel litter that accompanied pilgrimages in place of the ruler, and photographs by the royal court photographer. The collection is expected to sell for 60,000 – 80,000 GBP, coming in behind only a 1570 Bertelli map of the world.

Other items in the sale include an edition of Muhammad Sadiq Bey’s Mash’al al-Mamal (The Torch of Mahmal) printed in 1880/1881 and an albumen print of the Ka’bah by Abdul Ghaffar, also from the 1880s. 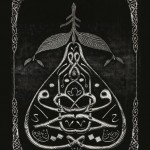 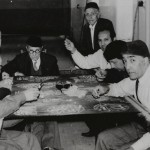 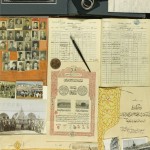 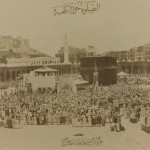 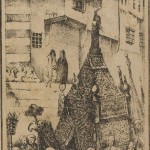 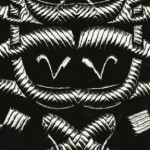