Browsing through the online catalog of A Sensitivity to the Seasons: Summer and Autumn in Japanese Art at the Metropolitan museum of art, I stumbled across this stunning inrô: Inrô with Design of Squid, Shells and Seaweed by Hara Yôyûsai

Which, because I’m actually a thirteen year old girl, of course made me think of cell phone charms (photo via quirkyrocket and another amazing inrô by Mochizuki Hanzan ). 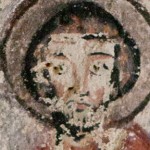 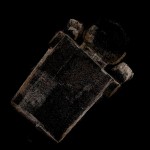 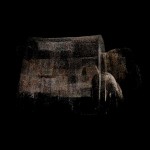 Here’s a synth of Çavuşin Kilisesi. These were taken without a flash, so there’s a lot of noise as a byproduct of the editing necessary to reveal more than shadowy despair. Also, I forgot to set the white balance, so my camera randomly decided that the interior of the church merited at least six different white balance settings. Live and learn. Also, check out some of the individual photos over on flickr.

Scholars say that the asses called akhdariyya, which are the largest and handsomest of the onagers, originated as follows: horses belonging to the kings of Persia reverted to a wild state and mated with she-asses, which brought forth these beautiful onagers. Others say that the akhdariyya are asses from the Kazima area that are virtually amphibious. But the mating of horses and asses can only yield mules, and mules do not have viable offspring: so how could the mating of these horses and she-asses have produced onagers which later multiplied in that part of the desert?

When the king of Persia captured an onager when out hunting, he would mark it with his name and the date of capture and let it go again. If by chance the same onager was captured a second time, the royal cipher was added to that of the previous monarch and the animal again released. In this way it was possible to gain information about the life span of these onagers. These animals, or some of them at least, may have migrated to that area, for the water, soil and air there exert an influence well known among experts; when you see an Arab in Khurasan with a fair moustache, a reddish complexion and a thick neck, you may be sure he is descended from a Bedouin of quite different physical characteristics who came and settled in the area.